To share your memory on the wall of Julia Turner, sign in using one of the following options:

A resident of Love and Carter County all of her life, Lavern attended school at Pike and Burneyville and graduated from Courtney High School with the class of 1951. She played basketball there and was basketball homecoming queen. After graduation, she worked at the Marietta Court House. She later worked at the Marietta Pants Factory, IGA grocery in Healdton, cooked at the Zaneis School Cafeteria , where she prepared weekly menus. Also, before retirement, Lavern worked as a caregiver. Even after retirement she volunteered at the Healdton Hospital. All the while being a devoted homemaker.

She and Bill Jackson were married on November 30, 1951, and from that union were born three children; one son, Allen, and two daughters, Sheila and Pam. Later, Lavern and Chesley Turner were married February 14, 1986 in Zaneis.

Lavern enjoyed spending time with her family, especially watching her grandchildren play sports and attending dance recitals and piano recitals. Her hobbies included a love of dancing, fishing, caring for flowers and chickens, baking, and visiting with friends and solving problems swinging on the back porch swing. Lavern was a member of the First Baptist Church of Wilson and also a proud elder of the Chickasaw Tribe.

Preceding her in death were her parents; two sisters, Sharron McGehee and Yvonne Alexander; a brother, L.B. Alexander; and special friends, Clara Sparks and Betty Emberling.

Visitation will be held Friday evening from 6-8 P.M. at Alexander Gray Funeral Home Chapel in Wilson.

Special thanks to Elmbrook Nursing Home and Cross Timbers Hospice.

Memories and photos may be shared online at www.alexanderfuneralhome.org.

To send flowers to the family or plant a tree in memory of Julia Lavern Turner (Alexander), please visit our Heartfelt Sympathies Store.

We encourage you to share your most beloved memories of Julia here, so that the family and other loved ones can always see it. You can upload cherished photographs, or share your favorite stories, and can even comment on those shared by others.

Posted Feb 21, 2021 at 05:51pm
Sending all my thoughts and prayers. I’m sure Clara was very excited to receive her best friend. Anytime there would be a slight storm she’d say let go to Laverne’s (or Vern as she called her) and get in the cellar. They were crazy about the weather. Two things I remember doing at Laverne’s, eating pie and playing checkers. She meant so much to my family. -Taylor Sparks
Comment Share
Share via:
VB

Posted Feb 16, 2021 at 10:49pm
I love and miss you so much mom. I have to remind myself that I can't go see you. It's confronting to know, you will always be there to look over us and protect us. I know you didn't want to leave us and we didn't want you to go, but God had other plans. I'm glad you are pain free and most of all, I am relieved you will never be alone or isolated again. I can't imagine the pain you must have felt being separated from everyone you know and love. I was very proud of you. Your little wave and smile was so confronting to me. I love you and thank you for being the mom you were. You will forever be in my heart.

Flowers were purchased for the family of Julia Turner. Send Flowers 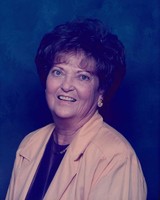